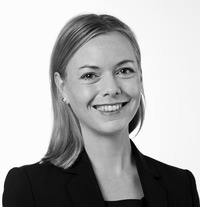 Nic Leonhardt studied Theatre Studies and Audiovisual Media, German Philology and Art History at the Universities of Erlangen-Nürnberg and Mainz. From 2002 to 2005 Nic Leonhardt was participant in the International PhD-program Performance and Media Studies, University of Mainz. (title of her PhD-thesis: Pictorial Dramaturgy. Theatre and Visual Culture in 19th Century Germany (1869-1899) (in German)). She worked as a researcher, lecturer and coordinator at the University of Music Cologne (2000-2002), the University of Music and Theatre in Leipzig (2006-2007), and the Cluster of Excellence “Asia & Europe in a Global Context” (Heidelberg University) In 2007, she held the position of a guest lecturer (“Gastdozentin”) at the German Department of Barnard College and Columbia University, New York.